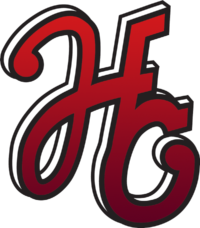 Our staff takes pride in making sure that the Baseball & Softball Players of Western New York are being taught how to not only play the game at a very competitive level but how to learn and have fun while doing it. We will work as hard as we can every single day to make sure the needs of your son are daughter are met. Whether ifs for 1-on-1 training, team training or strength & conditioning, we are here to help every one of you get better. Welcome to the Hot Corner Baseball Academy family! 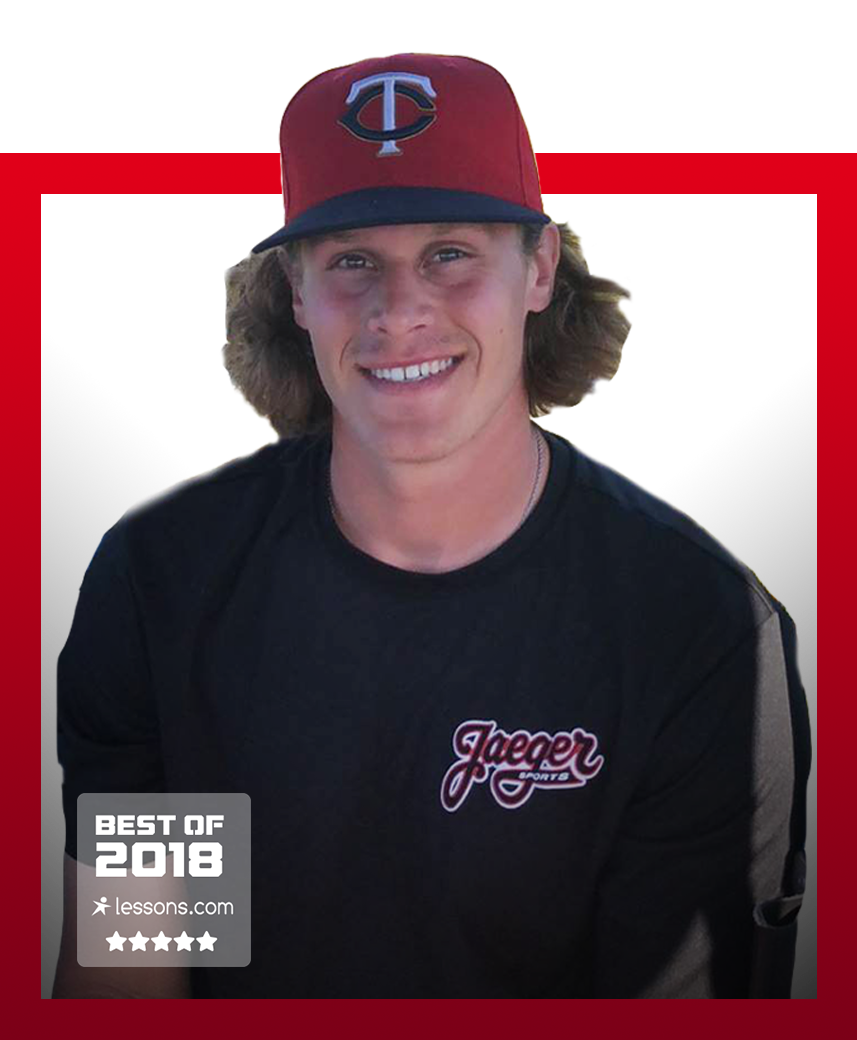 Ronnie is in his 5th Year at Hot Corner Athletics. Since opening Hot Corner Baseball Academy in 2016, he has trained, coached and developed 250+ players into College Baseball & Softball, 3 Independent League Baseball Players, and has been a part of training 30 MLB Draft Picks. His most recent MLB Draft pick is 2019 29th Round Pick, Owen Diodati, taken by the Toronto Blue Jays. Owen decided to attend college and is at the University at Alabama #rolltide. In November 2018, he opened Hot Corner Performance Center in Lockport, NY to increase the strength, conditioning and overall performance development of all Baseball & Softball players in the area. In the last year, he has helped the New York Yankees with scouting in WNY and has been a part of their High School Development Coaching Staff. That has helped open the door to be a part of the coaching staff for the East Coast Pro scrimmage games at the Rogers Centre in Toronto, ON, as well as on the coaching staff for the High School Rivalry Game held at Fenway Park between the Yankees and Red Sox. Most recently, Ronnie has been named a scout for Team USA NTIS in WNY. Ron opened Hot Corner Athletics to create a bridge between all sports in the future, but his passion is Baseball & Softball, and that is the market we are trying to create the most value, at this point. As of January 2020, he has become a Franchisee of Juice Plus+, the leader in advancing plant-based nutrition, to bring awareness to parents and families about how they can live a healthier lifestyle. As of March 2020, Ron, Sam Cumbo, Nick Bernick of Hot Corner, Jake Banwart and Adam Gouker of BAMFAM, co-founded Dugout Coalition in a collaboration to create a 6 tool training system for all athletes and coaches around the world. In September 2020, Nick Bernick opens the Hot Corner Futures Foundation, which is a non-profit organization geared toward helping underprivileged kids have the opportunity to play baseball. Our mission is to be able to fund leagues and provide new or used equipment for the kids that can’t afford it! Ron is a board member oof the Foundation and highly involved in the day too day operation! From 2011-2014, he was a member of the Canisius College Golden Griffins Baseball Program where they took home Championships in 2013 (Tournament) & 2014 (Regular Season). He graduated in May 2014 with a Bachelor’s Degree in Health & Physical Education. Following his tenure with the Griffs, he spent the 2014-2015 and 2015-2016 seasons as an Assistant Baseball Coach at Niagara University in Lewiston. With the Purple Eagles, Ronnie worked with the Hitters and Base Runners. In each of his 2 seasons, they increased their base stealing totals, run production, batting average, and on-base percentage. He is also a member of the American Baseball Coaches Association. Ron resides in Niagara Falls, NY, currently, with his wife, Katelyn and their son, Griffey. 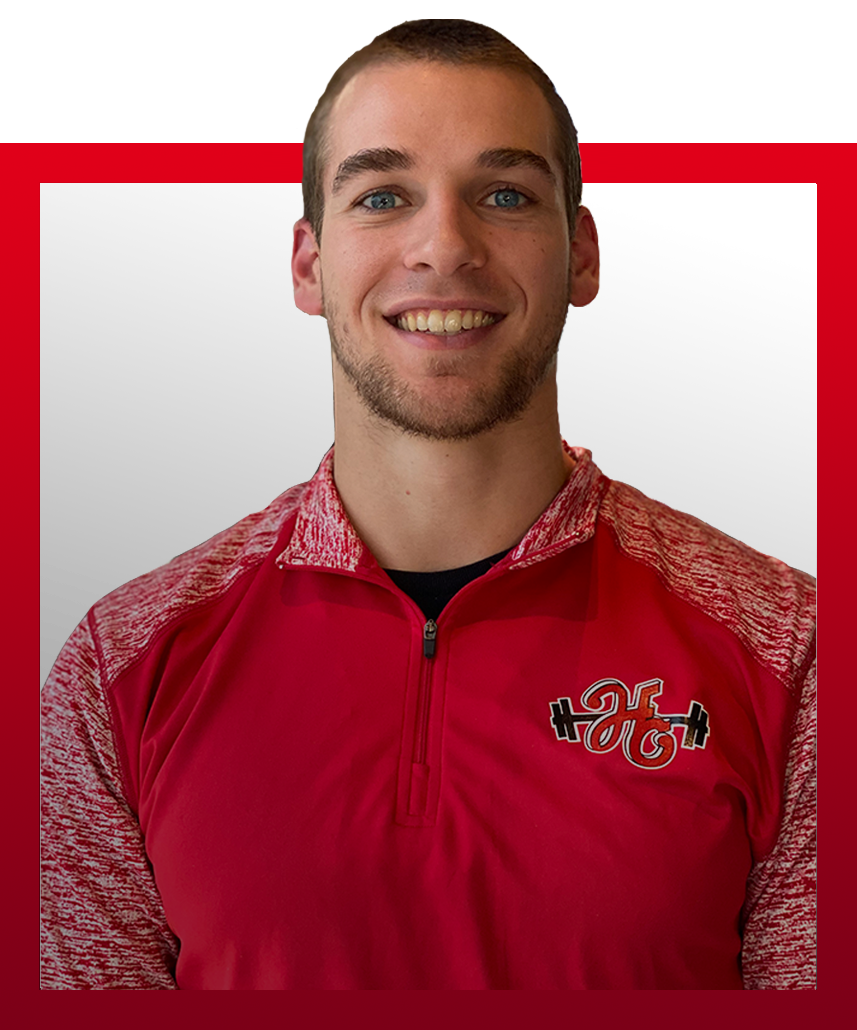 Sam’s passion for physical development began during his own athletic career.  Sam played multiple sports in high school but ultimately fell in love with baseball.  Training was always important to him, but it wasn’t until college that he realized what he had been missing.  After learning about the physiology of human movement and going through hands-on movement assessments and corrections, he noticed how much he had left on the table during his career.

Sam was the only one from his college baseball team on a mandated stretching program from the athletic training staff due to excessive movement restrictions that were left unaddressed from the previous strength and conditioning program.  With little success to regain motion, he began to hit the books (or more accurately, he hit the laptop) to learn. After creating his own program designed to clear out his limitations, Sam’s vertical jump went up 7 inches (22in to 29in) within the following year.

His passion now is to help athletes achieve their maximal performance through a well-rounded sports performance program that leaves no stone unturned on their path to greatness.

Bachelor’s Degree from Canisius College  in Health and Wellness

Dual Minors in Strength and Conditioning, as well as Psychology 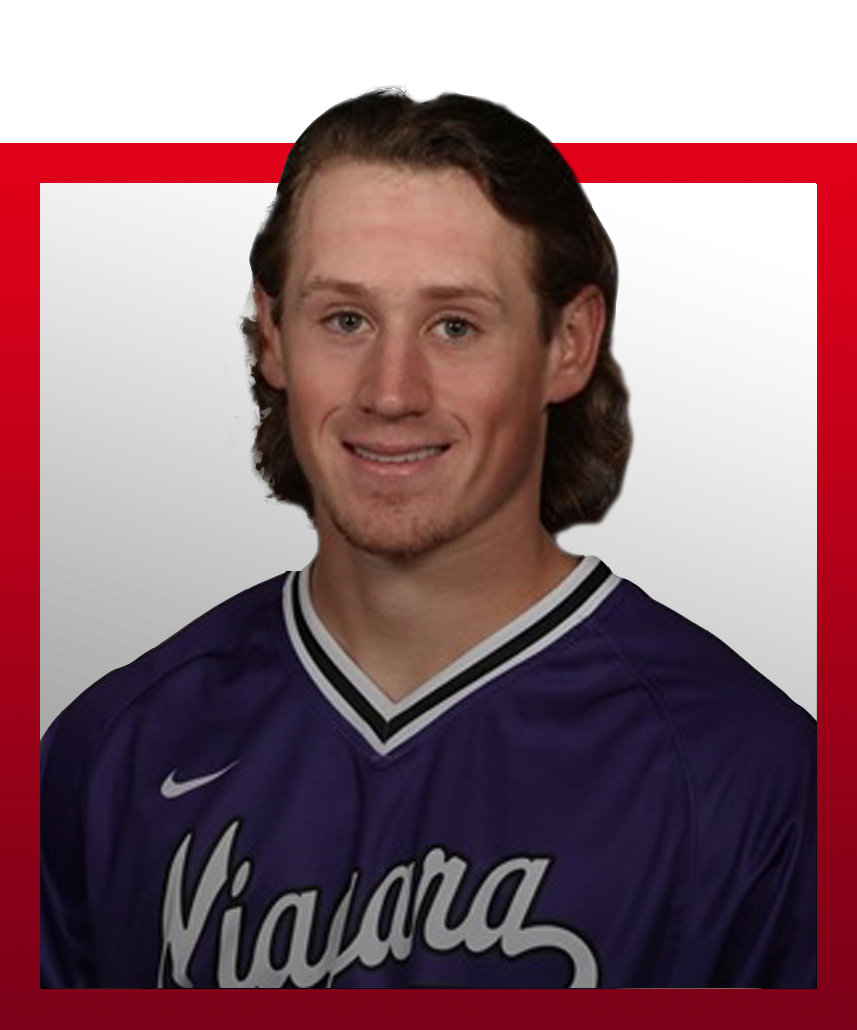 Nick is in his 2nd full year at Hot Corner. He comes to us after a very storied High School and Collegiate careers. Nick graduated from Baldwin High School in Pittsburgh, PA in May of 2014. During his senior campaign, the Senior Captain led the Baldwin Highlanders to the AAAA WPIAL Championship where they finished runner-up. They moved on to win a couple games in the AAAA State Playoffs that season. The 2014 Baldwin Varsity Baseball team is the most successful team in school history. Following his high school career, he attended Niagara University to continue his athletic playing career. Nick spent 4 years as a member of the Purple Eagles and was a part of a Purple Eagle team that made it to the MAAC Tournament for the first time in 12 years. He was primarily a 2B at NU but saw some time at 3B as well.

Following his playing career at NU, Nick graduated in 2018 with a Bachelor’s Degree in Finance. He began working for Hot Corner in the summer of 2018. Nick has been an integral part of Hot Corner and the development of the players we have. He has helped the over 250 players reach the collegiate levels, while training and helping the local college players and MLB Draft picks.

Starting in January 2020, Nick will move into a new role with Hot Corner as the National Camp Director. His role as the camp director is to formulate, design and plan camps and clinics all over the East Coast, hopefully moving West as the years go on. 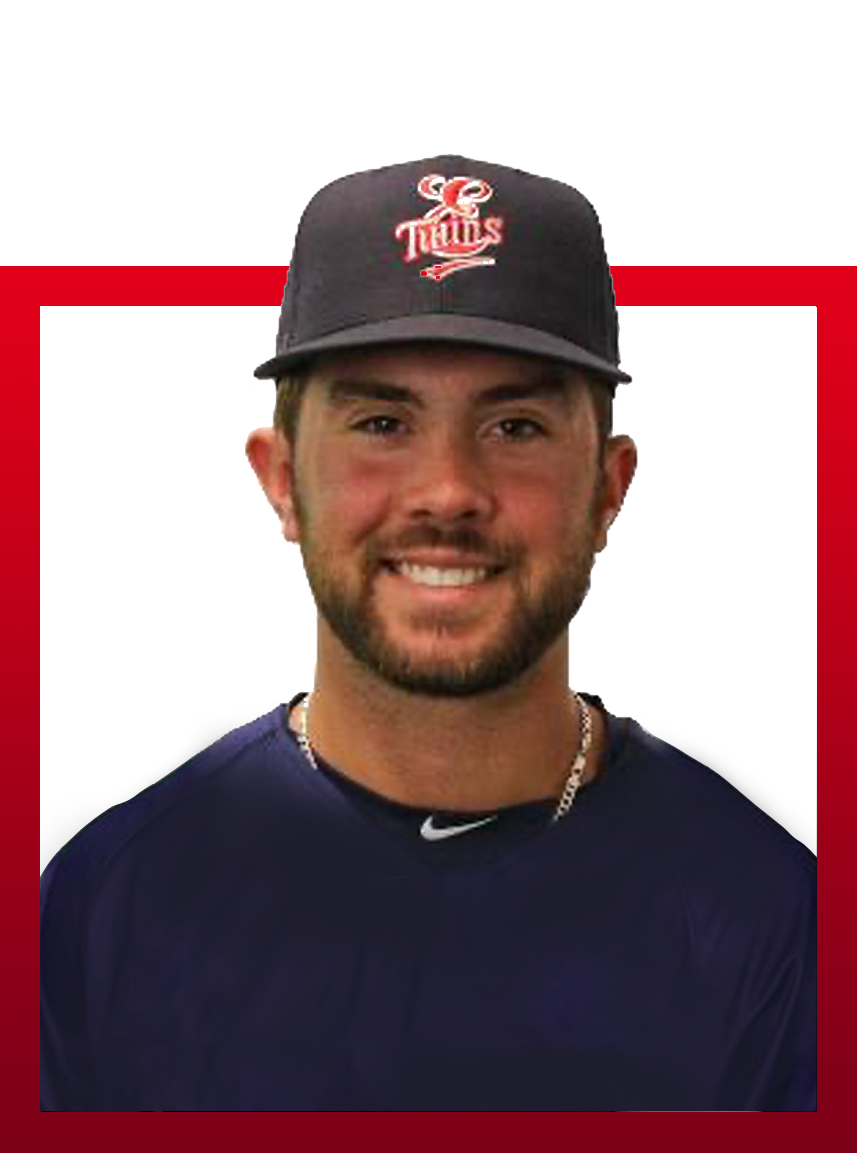 Charlie Mack comes to Hot Corner during the off-seasons following each of his professional baseball seasons. Charlie has worked out at Hot Corner for 3 years to get ready for Spring Training.

He has always been a big name in the Buffalo area as a player to watch in the baseball world. Charlie spent 6 years as a Varsity Baseball Player at Williamsville East. He has amassed numerous accolades at WEHS, as well as WNY. He committed to play at Clemson University shortly after beginning High School.

Following his Senior year of High School, he was named the 2018 Gatorade Player of the Year for New York State. In the 2018 MLB Draft, Charlie was taken in the 6th Round, 184 Overall, by the Minnesota Twins. He has spent 2 years in their organization working through the Twins Rookie and Rookie Advanced Leagues. He has spent the last 2 years as a 2B, 3B and DH. The Twins have plans to move him behind the plate, as a catcher, this coming season.

We are really excited to have Charlie with us at Hot Corner because he has a great understanding of hitting, infield and catching and will be able to assist us from October – February.

2018 Gatorade Player of the Year

Under Armour All American 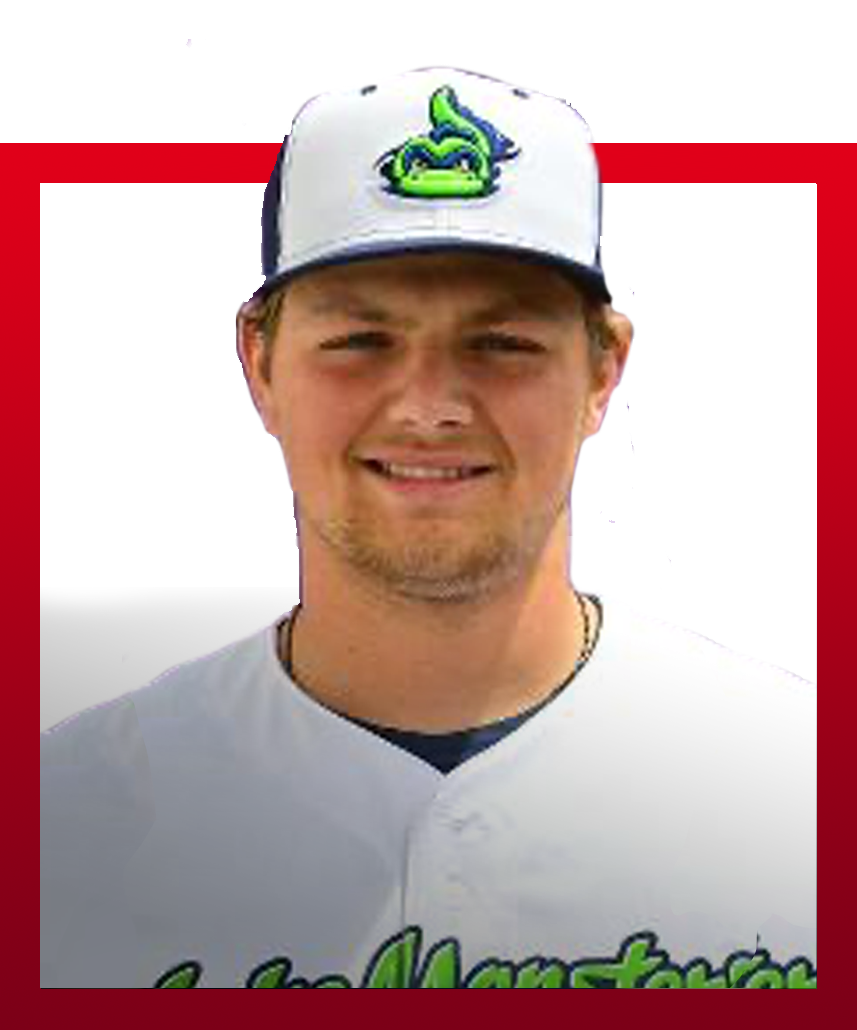 Matt Cross comes to Hot Corner during a storied playing career. Matt was a Starpoint HS graduate in 2016. From there, he went on to play at Niagara County Community College where he racked up accolades and achievements. His highest accolade being a NJCAA Division III Gold Glove.

Matt was a NJCAA All American during his time at NCCC. During his second year at NCCC, he committed to play baseball at the University at Pittsburgh. Following his 2018 NJCAA season, Matt was drafted in the 19th Round, 563 Overall by the Oakland Athletics in the 2018 MLB Draft. In 2 seasons of professional baseball, Matt has played at the Rookie, Short Season and Advanced A levels. He is primarily a Catcher, but has seen time at 1B, 3B and DH.

We are excited to have Matt as a part of Hot Corner because of his expertise in hitting and catching. He will be training at Hot Corner during the months of October – February. 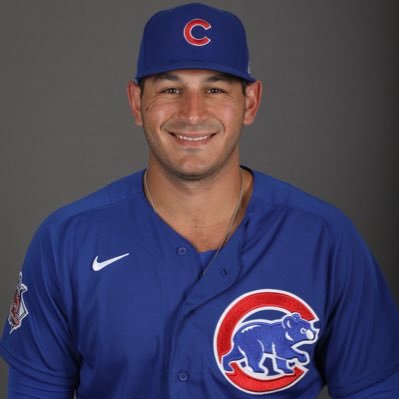 Jonathan comes to Hot Corner Athletics for his fourth offseason in professional baseball and first in WNY. Throughout the last three offseasons, de Marte has trained over 60 pitchers in the Richmond, VA area, specializing in throwing programs and pitching development. He credits his baseball development knowledge to Cressey Sports Performance and everything he has learned in his time working with their coaches.

de Marte grew up in Westchester County, NY and attended Lakeland HS where he was a four year varsity starter and helped lead his team to a state semi finals appearance in 2010.

de Marte attended the University of Richmond where he earned a degree in Rhetoric and Communications and minored in Education in Society. He also received a Master’s Degree in Human Resource Management from Richmond. Jonathan endured several injuries in his first four years and made the transition from a starting pitcher to infielder in graduate school. In his final year as a Graduate Senior he returned to the mound as a reliever.

Jonathan signed his first pro contract with the Normal Cornbelters of the Frontier League in 2017. In the end of 2018 he was traded to the York Revolution of the Atlantic League where he spent the rest of ’18 and the beginning of 2019. After being released by the Revolution, de Marte signed with the Quebec Capitales of the Can-Am Professional Baseball League where he was named the team’s Rookie of the Year. Throughout the 2019 season, Jonathan was allowed by the Capitales to play in the European Championships with the Israeli National Baseball Team, the first country to qualify for the 2020 now 2021 Tokyo Olympics.

Jonathan became a dual citizen in Israel in the Fall of 2018. In 2019 he threw 15 innings for Team Israel in four different European Tournaments (Olympic Qualifiers) tallying four wins and only three earned runs.

2012 Atlantic 10 Preseason Rookie of the Year 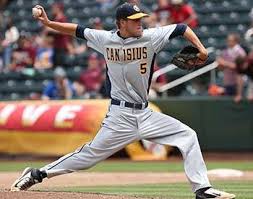 Aaron is in his 3rd year at Hot Corner after a successful career at Canisius College. Aaron pitched at Canisius from 2011-2015 where he won Championships with the Griffs in 2013 & 2015. In 2014, the Canisius Griffs won the Regular Season title and broke the MAAC Single Season Wins Record, which still holds up today.

Julian is in his 1st full year at Hot Corner after training at a different facility for a period of time. Julian has been coaching athletes since he graduated from Niagara University in 2018. Julian attended Niagara University from 2014-2018 where he was part of the NU team that made it to their first Conference Tournament in 12 years. Julian was part of the core group of athletes that carried that team to the Tournament where they made it to the semi-finals.

Julian is from Amsterdam, NY where he grew up playing baseball. Amsterdam is home to the Amsterdam Mohawks of the Perfect Game Collegiate Baseball League where some of the top college athletes in the country go to for Summer Baseball. Julian played for the Mohawks while attending NU.